There is no transvestite who does not know the Hotel Gondolín, a kind of conventillo porteño, now self-managed by the more than one hundred girls who live there, which is a historic place of reception for those who come from the interior without where to live in Buenos Aires. If you walk on Aráoz street at the height of the neighborhood of Villa Crespo, it is impossible not to see this place with blue walls in whose path there are almost always some of the girls sitting on plastic chairs that they take out as they used to do (or as still survives in the interior of the country).

Patricio Binaghi, producer, publicist and cultural manager, recently arrived from Spain, where he lived for 14 years, met one afternoon with this peculiar place that caught his attention from the outside. Since then he did not stop until he found out what the Gondolin Hotel was, what its history was, its protagonists. His intention, he told the girls when he dared to play the bell in the place, was to portray, to honor that unique space in the world.

With the yes of the girls, she invited the photographer Estefanía d’Esperies to make the documentary photographic record. The photos are the soul of this book, Hotel Gondolín, edited by Patricio with his label Paripé Books. Estefanía has been doing photography for 12 years and this is the most documentary work of her career. The prologue of this photo-testimonial book is by trans activist Marlene Wayar.

In this talk with Painted Boquitas the authors tell about the experience and the learning that they take. “The attitude of transvestites, in general, is to fight and keep moving forward, turning their backs on any sign of sadness (as the Fangoria song says),” says Patricio. “We notice them with a strong desire to live, to want to change their situation, to show the world that they already feel included in the laws and that they have the desire to be respected”, adds his companion.

How did your interest in that house arise?

– Patricio: The reality is that I was in the neighborhood and I saw the path, the house and the movement generated by the girls and fascinated me. In the path there were several trans girls and transvestites who came and went, drank mate, chatted, etc. That got my attention. I consulted a friend who lives around the corner and told me a little about the story. Automatically I knew it was a special and unique place in the world and I found it interesting to know how it worked, how they lived, the magic of the place, etc.

– How was the day you dared to touch that door?

– Patricio: I am a very released person and was just going to ring the bell. I introduced myself and went little by little gaining their trust, knowing their stories, listening to them and telling them my own story and what we wanted to achieve. The intentions were always sincere and transparent, in turn they wanted to obtain a material from love and respect. We did not want to make a book where you look for yellowness, that never interested me. The only thing that interested me is being able to show their history, to be able to show the transvestite and the transsexual from another side, their human side. These girls get up like everyone else in the morning and have their life, their daily struggle, their friendships, their family, their rituals, etc. 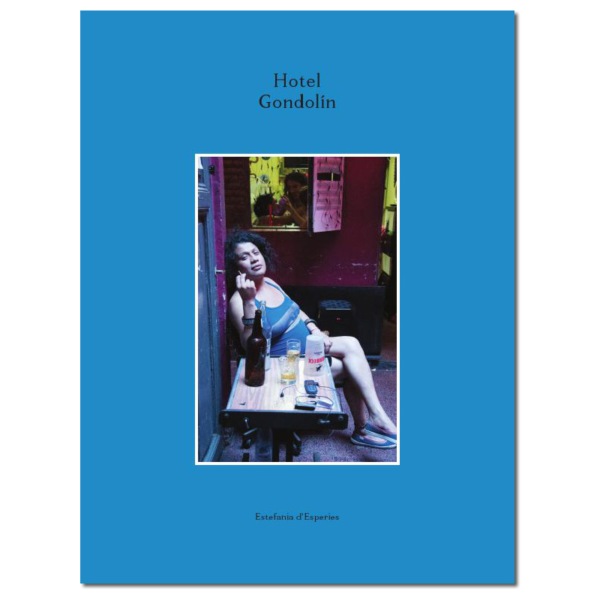